45 Years of Cultural Dominance by the Political Left in Australia

While the ALP is the main political opponent of the Liberal Party, the ABC is its main cultural opponent.

Culture is upstream of politics. So, from the point of view of the right, it is ultimately fruitless to occasionally defeat the ALP without also defeating the ABC. The ABC frames the issues for the opinion-making class in Australia, thereby defining what is politically possible.

For nearly five decades now the non-left, even when in power, has not been able to implement most of its agenda. It is constantly playing defense. Politics has been like a ratchet: leftist accomplishments are rarely reversed, while election of a Liberal government merely slows down the left’s progress for a while. The cultural left has even subverted the Liberal Party, half of whom now go along with political correctness as often as not.

Because the left has won the cultural battles, it wins most of the political battles. And it wins those cultural battles because it owns the ABC. The left can tell its stories in the manner of its choosing, but the right cannot. 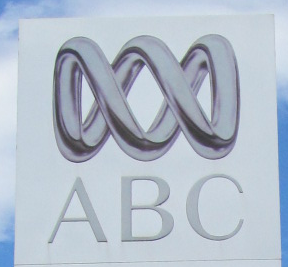 The ABC is the de facto arbiter of political correctness in Australia.

Have you ever wondered how most on the left adopt the same position at the same time, while conservatives are all over the shop? Disciplined ranks versus a squabbling rabble. How does that happen? Politically active people on the left watch or listen to the ABC’s current affairs programs. From the impressions formed as the information is presented, from how issues or people are framed and what is juxtaposed with what, they learn the proper opinion and the correct talking points. What is “good” and what is “bad.” It is not overt, but it is persistent. The ABC is like a mothership, coordinating all the left’s political operatives in the field. So, take out the mothership and the left become undisciplined, like the right, like the left used to be before 1973.

The ABC audience is flattered, rewarded by being given the impression that they are superior to their fellow Australians simply by virtue of believing the progressive canon taught to them by the ABC. (Yes, like some religions.) They feel good. They get hooked on the ABC for their good feeling, for being told how wonderful they are. Everything else in their life might be going poorly, but they can feel better about themselves just by watching the ABC. It gives them purpose. Yes, I know this might seem absurd if you are not of the left, but I am speaking from long personal experience — and have listened to leftists in personal crises rely on the rock of superiority that the ABC provides them.

The ABC lies by omission constantly. The politically correct (PC) narrative is a set of PC fantasies, but ABC watchers are carefully shielded from the information that would expose them as unrealistic. Instead they are constantly reminded of the points that support the PC narrative. They are inoculated against opposing views. by being forewarned that they are “hate” facts — put forward by evil people of defective character and questionable motives. After a while they come to firmly and genuinely believe the PC fantasies — even though those beliefs may be positively ludicrous to people more conversant with the relevant facts.

As with so much about the modern left, the key is selectivity: selective reporting, selective outrage, and selective enforcement of laws. It’s not that the latest confected outrage against someone who threatens the PC canon is completely bogus — it usually has some merit, even if exaggerated — but that the same standards are not applied to those on the left.

You could be forgiven for thinking that the job of an ABC journalist is to consider each news event or fact and ask: how does this help the left?

A recent demonstration of the increasing political power of the left’s cultural dominance is gay marriage. Just a decade ago, marriage for gays was considered ludicrous and was not supported by any mainstream politician. Now you are a social outcast in opinion-making circles if you are not enthusiastically in favor. Did you notice that in the recent referendum a principal argument against gay marriage was never heard — that marriage is principally an economic deal for raising kids? The woman withdraws from the workforce to have the man’s kids (and only his kids), while he supports her and the kids. Instead the gay marriage issue was framed as about equality, which was always going to get approval because most everyone wants equality of opportunity. But who framed it as about equality instead of about raising kids? We never even heard about kids, monogamy, or sexual restraint in the lead-up to the referendum.

Then came transgenderism, which has consumed western culture faster than any previous obsession. It is suddenly pushed in movies, current affairs, documentaries, talk shows and so on. Is there any other institution in Australia with a greater grip on the national conversation and more ability to steer the zeitgeist than the ABC?

The media trains conservative politicians to become politically correct. Politicians crave media attention like flowers need water, but the media simply ignores non-left politicians unless they say something that supports the PC narrative. Except, of course, when a conservative politician says something non-PC in a way that can be mocked, in which case they will get plenty of publicity! Reward and punishment works. So much easier to go with the flow, to get with the program. (Speaking of political death by silence, has anyone heard of Cory Bernardi lately, now that his departure has stopped embarrassing the Liberal Party? I suspect the ABC isn’t too keen to repeat what Cory actually says.)

Much of the serious media in Australia follows the ABC line by default. They distinctly follow rather than lead. It helps that most journalists are trained at journalism schools, which are firmly under the control of the left. But a bigger reason is probably that almost all the best jobs in journalism are at the ABC — higher pay, better conditions, and more status. You will never get such a job if you ever disagree with the ABC.

Until the early 1970s, the ABC used to be a fairly conservative institution, employing reporters rather than (advocacy) journalists. It rarely flavored its political reporting with adjectives. Political bias was hard to detect. But that all changed with the left’s march through the institutions. In the ABC’s case, the march was led by Allan Ashbolt, a self-confessed Marxist, whose troops effectively took over the ABC with support from the Whitlam government from 1973.

According to polls, most Australians believe that the ABC is “credible.” Presumably they mean that the ABC is rarely caught out in an overt lie. But generally they are unaware of the extent to which the ABC lies by omission, and presents issues only to suit a leftist agenda.

That the ABC has a great influence on political outcomes becomes obvious simply by asking: who is more influential politically, Tony Jones or your local Federal member? In early every case it is Tony Jones, by a country mile. He also gets paid more.

In order to contest the narrative and get the balance back towards the center in Australia, it is first necessary to reveal the ABC’s deceits to wider Australia. (May I suggest a daily program on Sky or the Internet that dissects the nightly ABC news, pointing out in a humorous and fast paced fashion what the ABC omits and the framing and other tricks they get up to? It’s not hard. Joanne Nova and I do that for fun every night in our living room.)

When Australians realize how much they are not being told, there will be anger and sympathy for reform. Without the cultural and political leadership of the ABC, the left will suddenly become much easier to defeat — just like it was before the Whitlam government.

Donald Trump came to a similar strategic conclusion. To lower the credibility of his chief opponents, he now refers to the US mainstream media product as “fake news.”

The left knows all this of course. They will fight like furies to keep their taxpayer-funded game-winner just the way it is, thank you very much.