Graduation used to be for coming together as a class one last time to celebrate academic accomplishments, but today there’s a growing trend for segregated celebrations highlighting race and ethnicity.

A new report by the National Association of Scholars has identified more than 75 schools offering segregated graduations. These supplemental commencement ceremonies are offered in addition to the universities’ regular graduation ceremonies and are not mandatory.

The National Association of Scholars looked at 173 schools and found that 76 of them, or 44%, offer these ceremonies. These range from small private schools to big public universities. Some notable ones include Harvard, UC San Diego, UC Irvine, Arizona State University, Stanford, UC Berkeley, UCLA, and Yale. … 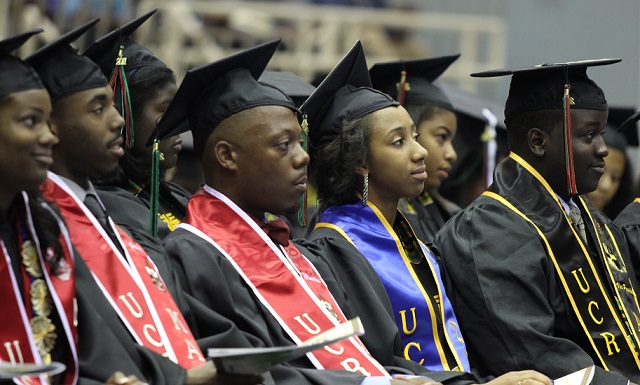 In its report, the National Association of Scholars called the separate commencements an example of “neo-segregation” on campus. The report acutely points out that “neo-segregation is the breeding ground of racial conflict in American society.”

“Neo-segregation inculcates in young people the readiness to cling to a victim identity at the expense of becoming a positive member of the larger community,” the report states. “No doubt a large portion of the racial grievance politics we see in society at large these days is the carefully nurtured product of campus neo-segregation.”

Tribalism is triumphing over Martin Luther King’s dream. (How long before he’s cancelled?)