Brazil, Once a Leader, Struggles to Contain Virus Amid Political Turmoil, by DNYUZ.

Thronged banks. Packed subway cars. Buses full of President Jair Bolsonaro’s fervent supporters, heading to rallies that call on Brazilians to brush aside stay-at-home orders from mayors and governors and instead follow the president’s directive to get back to work.

Scenes like these are a reflection of Brazil’s contradictory and chaotic response to the coronavirus pandemic, which was on glaring display on Friday when the health minister resigned — just weeks after his predecessor was abruptly fired following clashes with Mr. Bolsonaro.

The national confusion has helped fuel the spread of the disease and contributed to making Brazil an emerging center of the pandemic, with a daily death rate second only to that of the United States.

Public health experts say the disorderly approach has further saturated intensive care units and morgues and contributed to the deaths of scores of medical professionals as Latin America’s largest economy plunges into what may be its steepest recession in history. 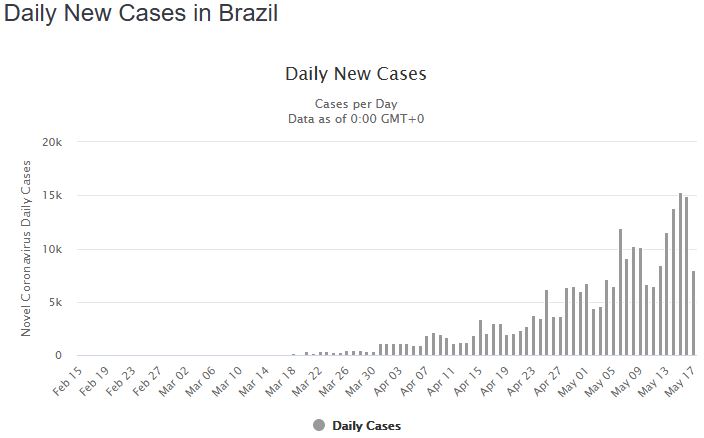 The numbers are still tiny, but a couple of months of exponential growth will make the current death rate seem very tame — just go back two months. (Don’t be fooled by the weekend effect on the end. Weekend stats are low in many countries, but it’s just due to a quirk of data collection.)

The crisis facing the country stands in stark contrast to Brazil’s track record for innovative and nimble responses to health care challenges that made it a model in the developing world in decades past. … 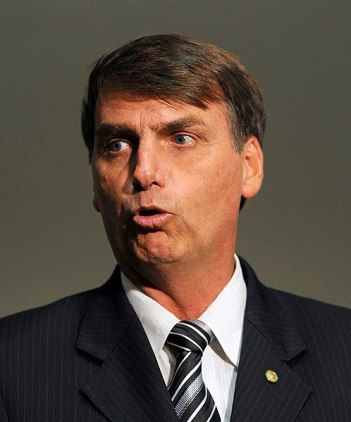 Brazil had months to study the errors and successes of the first countries struck by the virus. Its robust public health care system could have been deployed to conduct mass testing and trace the movements of newly infected patients.

Its failure to act early and aggressively is at odds with the country’s ingenious approaches to past medical crises, health experts said.

After a surge in H.I.V. infections in the 1990s, Brazil offered free and universal treatment and pushed the pharmaceutical industry to lower costs. …

In 2013, Brazil vastly expanded access to preventive health care in poor areas by hiring thousands of foreign doctors, most of them Cuban. And to combat the Zika outbreak in 2014, Brazil created genetically modified mosquitoes that helped decrease the insect’s population, a tactic that will soon be deployed in Florida and Texas.

Meanwhile, the mass graves continue to grow in Brazil: 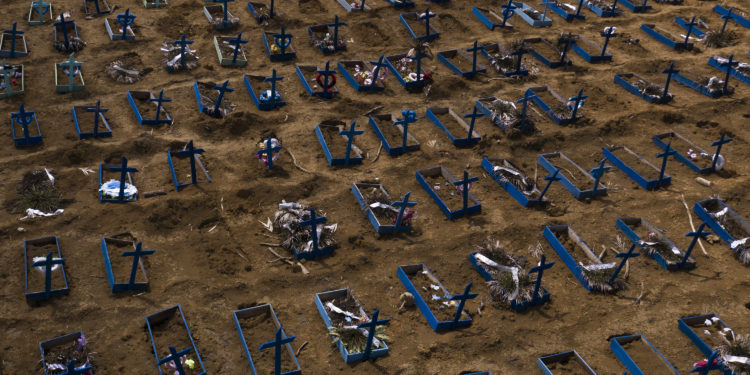