George Pell has left HM Prison Barwon near Geelong after being incarcerated for 405 days.

Hooray! He so obviously should never have been convicted, on the evidence presented. Simply implausible. And the review judges agreed, seven nil. Not 6-1, 5-2, or 4-3. There were no dissenters. 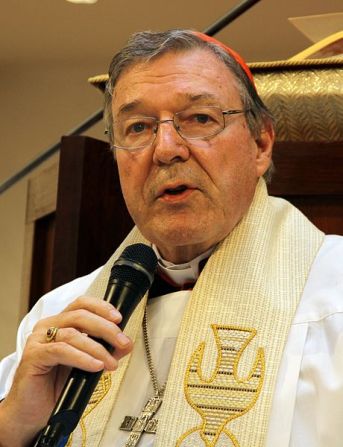 So why was George Pell singled out for this modern form of witch hunt? He had three strikes against him:

Notice that third strike. There are plenty of white male Christian leaders in Australia, and the left regularly criticizes them. But only one was subject to a witch hunt — because he also blasphemed against the left on climate.

In retrospect this will probably come to be seen like the repressed memories trials of the 1980s. Those trials were ginned up on no real evidence or preposterous nonsense, against targets unpopular with the prevailing political opinion generated by the media — though none were obvious political targets. Most (all?) of the cases were subsequently overturned. Witch hunts.

Looking forward to seeing how the ABC spin Pell’s acquittal. The ABC have been gunning for Pell for years now, ever since he spoke out against their climate theory.  The ABC keep stressing that there are lots of victims of sexual abuse who will feel devastated if Pell is not convicted, or acquitted. So much riding on this critical, landmark case, they emphasize. Emotional blackmail more like.

Despite his position of power and influence, the best evidence the pogrom could find was the word of one boy, decades later, with no corroborating evidence. The irrational groupthink fashion swept through juries, judges and even the Victorian High Court….

Those who used real victims of sexual assault as mascots in their political pogrom have done so much damage to that cause. The ghost of repressed memories still haunt the quest for justice. …

The irony is that a man calling for climate change to be decided on evidence was jailed and demonized for years, based on no evidence, bar the word of one.