Just a few months ago, they were the Three Amigos of political nastiness.

California Gov. Gavin Newsom was launching attacks at President Trump during the fires and power outages last fall. New York Gov. Andrew Cuomo, engaged in a long public war with the president, was lashing out at the administration’s criticism of the state’s liberal immigration policies.

Blasted first, Trump fired back. The war of words threatened to escalate. 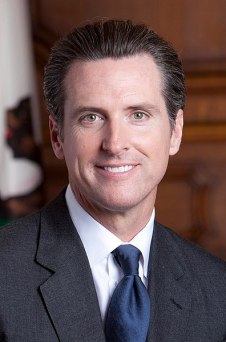 But then, both governors changed strategies at the urging of a mutual friend, and almost immediately, the wars were over. Newsom got what he wanted from Trump and called the president his “partner.” Cuomo met with Trump to cut a deal and left without blasting the president, confident the two could work something out.

“The two governors have found a way to work with President Trump, and he immediately responded positively to that, it’s a lesson,” said Bill White, a friend and advisor to all three. “They found a way to work together from a place of mutual respect,” he told Secrets.

Now, he said, that lesson is playing out on the world stage as the three work especially close to fight the coronavirus war. Instead of nasty nicknames, Trump almost daily respectfully refers to “Gavin” and “Andrew.” And they have responded with supportive words as their states have received special attention from the White House during the crisis. …

“In Donald Trump’s code, you can actually criticize him. He’s fine with that. What he doesn’t want is pejorative or personal attacks,” said Trump friend and Newsmax chief Chris Ruddy.

“I think that the president is not that partisan. The press has made him out to be that way, but as long as he is not being attacked or feels he is being targeted by these guys. If you see what Pritzger’s doing and de Blasio, they are using this as a platform to target and attack the president. And when you have governors that are pretty serious about their situation and want to get results, they are working with Donald Trump because he is a results guy,” said Ruddy.

Trump plays tit-for-tat. Politically, he is fairly middle of the road. He has much the same positions as 1990s Democrats, before they adopted identity politics and abandoned the working class.