‘Vile and wicked’ Asian grooming gang who sexually abused two girls, including one who was forced into sex with 300 men by age 15, are jailed for an average of 10 years each. By Danyal Hussain. 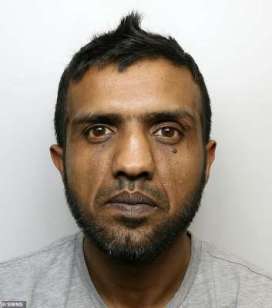 Banaras Hussain, 39, nine and a half years

The sickening abuse took place between 1995 and 2011 in a town known as Huddersfield when the victims were aged just 13 and 14. …

By the time she was 15, the first victim had been sexually assaulted by 300 men. Leeds Crown Court heard this week how both girls now suffer from PTSD, while one of the victims has also had a lifelong struggle with depression and bulimia. …

In a victim statement read out to the court, the victim said she kept the abuse ‘buried’ for 22 years citing a different incident where she ‘wasn’t believed’ by the police. 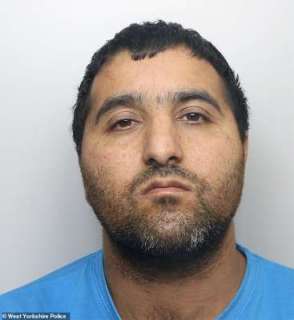 The statement continued to say she was ‘let down’ and ‘ashamed’ but after seeing her assailant’s mugshot in a local paper, became committed to getting justice against the men who ‘took away her childhood’. …

Speaking of the first victim, prosecutor Andrea Parnham, told the court: ‘She suffered from stress, anxiety, low self-esteem – she has panic attacks. Her childhood has been taken away from her. She was a bright and wacky kid but that’s all changed.’ … 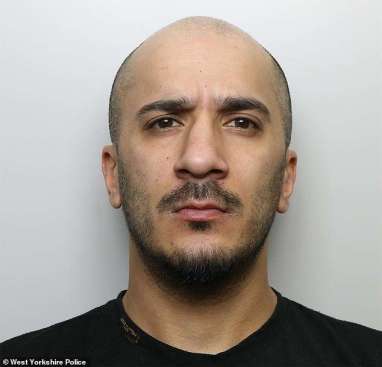 Judge Geoffrey Marson … said: ‘They were planned offences by a large group of Asian men. It is likely many of these girls will never recover from the abuse they suffered.’ He said the girls were controlled by violence or the threat of violence against themselves and their families.

He also said the jury in this trial heard evidence of one of the victims going missing and returning home ‘heavily under the influence of alcohol or drugs’, sometimes naked on her lower half and with injuries. 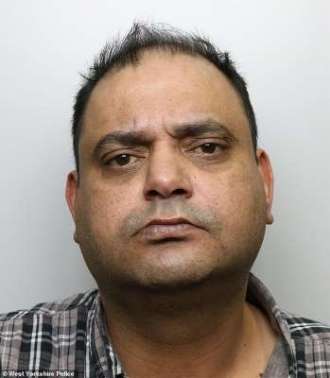 How much of heir sentences will they actually serve? Maybe five years?

There’s no mention that this is but one of many English towns where this occurred, that these particular rapes were twenty years ago, that it’s been going on for decades, and Rotherham, for instance, had over a 1,400 documented victims by 2013. How many young English and Sikh girls have been raped by Islamic “asian” (usually of Pakistani origin) men in England? Credible estimates put the figure as somewhere upward of 100,000. But with indifference from the PC police and government, who just don’t want to know, there are no credible official figures.

Who invited these men into the UK? Tony Blair, who stated that he wanted to “rub the right’s nose in diversity” with immigration.

Who covered up the worst collective crime in British history? The PC UK establishment of virtue-signaling bureaucrats, media, and academics.

A society that cannot protect its young women is not long for this world. Think evolution. What about a society that also ignores their plight and invited in their abusers? Very sick indeed.

It’s very non-PC to even mention the problem, as Labor’s member for Rotherham, Sarah Champion found out in 2017. She was Labour’s Shadow Minister for Women and Equalities in the Corbyn opposition, and said on the BBC that “more people are afraid to be called a racist than they are afraid to be wrong about calling out child abuse”. Her statements were followed by an opinion piece for The Sun titled “British Pakistani men ARE raping and exploiting white girls … and it’s time we faced up to it”. A few days later she was forced to resign.

Not going to hear about this any time soon in the mainstream media, are you? It might reflect badly on important left wing projects like operation Import-Voters-From-Third-World or Diversity.