How the Left helps make fake news, by Mark Latham.

Every time I turn on CNN (for scientific purposes only) I’m confronted by a new exploding beetrooted face telling me how many lies The Donald has told during his Presidency. The numbers are off the radar: 14,436, 15,325, 16,210… ever higher, ever more incredible. …

This is the state of today’s mainstream media. The Left is in such a state of delusion it thinks it can turn the obviously fictional into the factual, simply by assertion. The CNN unit must also be moonlighting here, feeding their manufactured baloney into the ABC, SBS, Channel Nine newspapers, The Project, the Guardian and The Conversation.

Three examples: The first concerns a bad case of ‘If I want it to be true, it must be true’ syndrome. For 200 years Australian historians recorded the facts of pre-1788 Aboriginal society: a nomadic, hunter/gatherer people who had to scrap hard for survival. Domestic violence, infanticide and cross-tribal conflict were common. By the turn of the 18th century, Aborigines had a quality of life comparable to European peasants but then, due to the tyranny of distance, the technological gains of Britain’s Industrial Revolution left them behind. When the First Fleet arrived, there was no evidence of permanent housing, villages or advanced agriculture. There were no written languages, books or even the invention of the wheel. 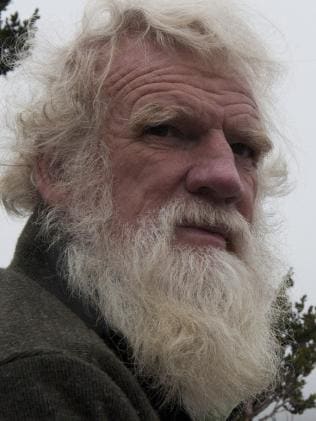 The new leftie “aboriginal” is fake

Unless the early settlers were hallucinating. In one of the great acts of ideologically-inspired fiction, Bruce Pascoe’s Dark Emu depicts Indigenous Australia as the new Babylon: large tracts of land being cultivated feeding a network of villages via a single system of government. Undeterred by the way in which nobody ever saw this, the ABC is turning Pascoe’s book into a doco, while the NSW Department of Education has introduced it into school libraries and history classes. Fake history has become fake education.