As Harry’s biographer, I fear the worst for him, by Angela Levin.

I began writing Prince Harry’s biography three years ago and spent well over a year accompanying him on various engagements, and chatting with him at Kensington Palace.

I found him to be charismatic and witty, and I loved the mischievous twinkle in his eyes. He wears his heart on his sleeve, which perhaps is partly why he makes instant connections with people of all ages and types. It was amazing to watch how easily he made damaged or terminally ill children laugh, and gave physically and psychologically damaged ex-service men and women hope for the future.

Harry has been less successful in finding someone to love him who could also cope with life under the media spotlight. He believed he had found that person in Meghan Markle. When she made her public debut as Harry’s official girlfriend at the 2017 Invictus Games in Canada, cameras focused on her gazing adoringly at him whenever he was on stage. In retrospect it could have been the start of her acting out a role that convinced many, but not all, of her naturalness. …

She gave speeches at official visits, leaving Harry looking lost as he hovered in the background. She has since answered questions on his behalf even when reporters directly address the prince. I even saw her pass flowers from well-wishers during walkabouts to Harry to hold, a job usually handled by junior staff.

It was obvious, however, that Harry was proud of and besotted with his wife-to-be and announced before their lavish May 2018 wedding that ‘What Meghan wants, Meghan gets’. He still desperately wants to please her, rarely sees his old friends, has given up smoking, taken up yoga and announced that he is a feminist. … 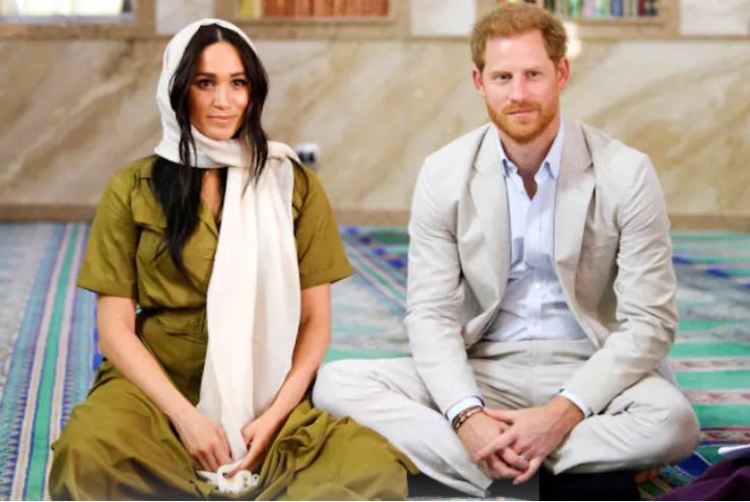 Harry adores and admires his grandmother the Queen, and she him. She likes to have her family with her at Balmoral in the summer and Sandringham for Christmas. Yet the Sussexes declined both invitations, despite the fact she is nearly 94 and has had a horrible year. … To rub salt into Her Majesty’s wounds, the excuse in the summer was that baby Archie, then four months old, was too young to fly. But then the three of them flew by private jet to stay with Elton John. They also chose Canada over Sandringham for Christmas.

How has it come to this? An insider told me that Meghan thought that marrying a British prince would give her the much-longed for opportunity to become a global figure on the world stage and campaign for her often Left-wing and woke causes. She got it wrong, but has been at work remedying the situation and is in line to make millions.

What about Harry? No one knows what goes on between a couple behind closed doors but in public at least it’s obvious that Meghan takes the lead far more than Harry.

How long before the royal divorce?