No Dissent Allowed on China, even if You’re Australian. By Terry Barnes.

It seems that two prominent Liberal MPs, James Paterson and Andrew Hastie, have blotted their copybooks with the panda panjandrums of the Chinese Communist Party. 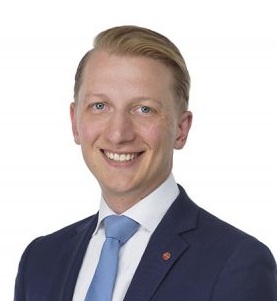 By standing up for the freedom of speech of Chinese students on Australian campuses, questioning Red China’s government’s contemptible human rights record, being part of a government that denies dodgy Chinese claims to sovereignty in the South China Sea and — not least — by supporting the protest movement challenging Chinese authority in in the supposedly autonomous zone of Hong Kong, Paterson and Hastie so frighten the party that brought you the Cultural Revolution … that they have been denied visas to join a privately-organised study tour of China.

The Chinese embassy in Canberra made the Peking regime’s acute displeasure, and its attitude to any foreigners who dare question its political, social and moral legitimacy, perfectly clear.

On Saturday it issued a statement saying … “The colonial days of Western powers are long gone … China will never yield to colonisation of ideas and values.” …

“As long as the people concerned genuinely repent and redress their mistakes, view China with objectivity and reason … the door of dialogue and exchanges will always remain open”

In other words, grovel to Peking and the Party and all will be forgiven. To their great credit, both Paterson and Hastie have not kowtowed, and have no plans to grow pigtails to show their obeisance to the communist Chinese emperor in all but name, Xi Xinping. They have called out the bullying and neo-colonialist lords of the Chinese Communist Party, who seek to denigrate and slap down anyone not agreeing with their grandiose self-image and neo-imperialist vision of their destiny. …

If the Chinese communist authorities had any political and propaganda nous, and any real understanding of how they and their thuggish heavy-handedness are perceived in the West, they would welcome Paterson and Hastie with open arms, show them the very best of China and put their regime in the best possible light, lavish them with twenty course banquets in the Great Hall of the People and effectively show them, and Australians, that the CCP’s shoulders are broad and their skins are thick. Demonstrating by their own hospitality that criticisms like Paterson and Hastie’s are water off a duck’s back would be the mark of a mature, confident regime.

Instead, the reaction from the Red Chinese to the comments of two, in the overall scheme of things, insignificant Australian backbench MPs, proved exactly the opposite. It overreacted because it knows those criticisms are legitimate. Like a fat, overgrown playground bully, the CCP’s sole concept of how to respond to any criticism is to throw its weight around, hopefully breaking noses, bones and spirits as they do so. Not just those of individual MPs, but whole countries.