Thanks to all kinds of regulations, the California power company with a state-granted monopoly, PG&E, and other monopoly power companies in other regions, are resorting to shutting off power to millions when there is a threat that high winds may knockdown wires and cause fires.

The state has reacted, not by opening up the regions to more competition, which would most certainly include power suppliers who would provide the correct type of power lines to the high wind regions that would not be susceptible to the winds.

He has named a new energy czar, Ana Matosantos. No doubt, new regulations are on their way that will distort and suffocate energy production even more with the heavy arm of the state at the helm.

But who is Ana Matosantos? 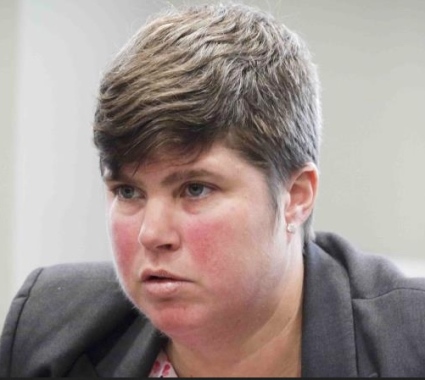 A Puerto Rico native from a wealthy family, Matosantos earned a BA in political science and feminist studies from Stanford. …

In 2016, Congress passed the PROMESA legislation to deal with Puerto Rico’s $72 billion debt, and the legislation created the Puerto Rico Oversight, Management and Economic Stability Board. San Francisco Democrat Nancy Pelosi favored Matosantos for a board post, and President Obama duly appointed her. It was not disclosed that Matosantos was also on the board of the Matosantos Commercial Corporation, owned by her wealthy family, with deep interests in the energy business on the island.