Labour leader Jeremy Corbyn is no daffy crank, he is sinister. By Michael Danby, previously the Labor member for Melbourne Ports in the Australian Parliament, and prominently Jewish.

Imagine if the bungling fanatics mocked in Monty Python’s Life of Brian had taken over a serious political party in a democracy. It has happened with Britain’s Labour Party. And it’s why Jeremy Corbyn’s defeat is both likely and desirable at next month’s general election. …

Post-modern commentators and journalists disparage the importance of the Corbyn culture. They are wrong. Instinctively the British public understands something’s not right with the Corbyn project — 55 per cent view him unfavourably. He has presided over the triumph in his party of Momentum, the demon seed of the radical Militant Tendency that infiltrated Labour but was beaten back in the 1980s.

Tory support for Brexit ought to have created a wave of support for Magic Grandpa, as Corbyn is known, but he consistently has been behind in the polls and resistant to an election.

His plans, if elected, are to distance Britain from NATO and the US, risking the Five Eyes intelligence alliance that includes Australia and that helps protect us all from jihadism. Instead he would cosy up to Russia and Iran. After all he has been a paid commentator for Iran’s PressTV, and appeared regularly on Moscow’s Russia Today TV network. He’d also reduce Britain’s nuclear submarines fleet along with other defence cuts.

He cynically has offered free university tuition and recently pledged to abolish all private schools and seize their assets. Gone would be New Labour’s hope that a rising tide lifts all boats. Under Corbyn and co it would be back to the nastiest class envy of early last century.

But what shames him forever is the way over five years his party has tolerated, indeed licensed, anti-Jewish bigotry, even Holocaust denial. Corbyn is sinister, not a daffy crank. He and the Labour zeitgeist he has empowered have driven out lifelong Jewish members, marginalised the Jewish community and engendered such a climate of hate that there’s an official investigation by the Equality and Human Rights Commission into Corbyn’s party.

On the public record are 150 cases of Corbyn candidates or members expressing the foulest anti-Semitic bile, but nothing has been done. No wonder only 7 per cent of Jews will vote Labour; 40 per cent of the 300,000-strong community told pollsters they will emigrate if Corbyn wins. …

I cannot believe the long-suffering centre, including the sensible working class, will ignore the Corbyn project’s evil ideology and elect him to get a second bite at Remain. Especially in London I expect many Remainers to vote for Lib Dem candidates.

Right after it became clear that British voters would go back to the polls in December, The Brexit Party leader Nigel Farage offered a deal to Tory-leader Boris Johnson. If, he said, the PM would agree to toss out his agreement with the EU and opt for a No-Deal Brexit, TBP would not send any candidates to stand in Conservative strongholds. If, on the other hand, Johnson refused such a deal, it’d be war. 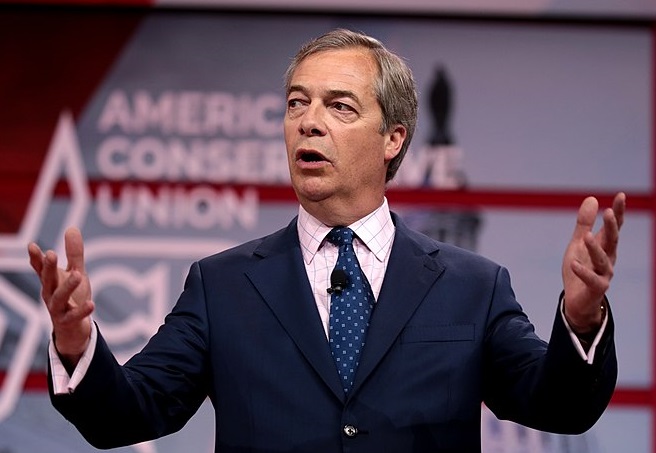 Johnson turned down the offer, but — thankfully — Farage seems to take aim mostly at Labour, the socialist party that supposedly supported Brexit, but voted against it every single time it was put up for a vote. …

This is an important development because although Boris Johnson has been let down by his own party several times, it’s clear that he is getting rid of all Remain-stooges. The Conservative Party MPs who will end up in the House of Commons after the elections will be pro-Brexit. All of them. …

Labour, on the other hand, has shown its true face the last couple of months. Jeremy Corbyn always pretended to respect the results of the 2016 Brexit referendum, but he voted against Brexit time and again. It is because of Labour’s betrayal that Johnson had to request yet another delay from the EU.

This is where TBP can get millions and millions of voters. The angry Labour base — who voted for Brexit, but who have been betrayed by the party’s leadership — are longing for a party that will represent them. They believe the Tories won’t because they see the Conservatives as a party for the upper-middle class and upper class, which means that they’re more than open to The Brexit Party.