The now inevitable closure of Australia’s remaining aluminium smelters is not only a disaster for the economy, but an even bigger disaster for our national power grid and any hope of delivering cheaper and reliable electricity to both businesses and consumers. … 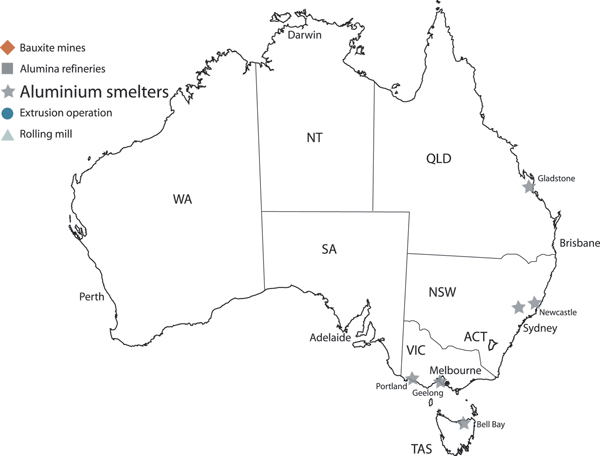 As the CEO of the Tomago smelter in NSW, Matt Howell, pointed out last week, a smelter acted like a “big battery” to stabilise the network.

It is able to free up a lot, a lot, of power, at reasonably short notice and for an extended period like no Snowy hydro or Tesla “battery” could ever do.

Indeed, I would go further: a smelter and far better, a string of smelters would be the smartest, cheapest and most effective way to stabilise the grid. …

It makes a hell of a lot of — both business and national — sense to be selling the 1 tonne of aluminium.

Terry misses the main point: The smelters just close in Australian and re-open in China or the Philippines. The amount of electricity consumed, and the amount of carbon dioxide emitted, remain essentially unchanged — except for the emissions that go into building new smelters elsewhere, and the ongoing cost of shipping the bulky raw materials from Australia to China, instead of the more compact and lighter aluminum final product.

From a planetary emissions point of view it’s a loss: All it achieves is to move the carbon emissions off Australian’s national account and onto China’s, at the cost of greater emissions due to building new smelters and extra transport costs.

So, in terms of the stated goal of reducing carbon dioxide levels in the atmosphere, closing the smelters is counter-productive. The process has become corrupt. Who benefits?

In Kyoto accounting and discussions of how Australia would cut emissions in the 1990s, closing the aluminum smelters was always target # 1.