In a striking departure from orthodox Australian rhetoric, Scott Morrison has defined the type of globalisation he does not like.

The Prime Minister remains an advocate of free trade, low tariff barriers, a rules-based international order and all the rest, but in a powerful address to the Lowy Institute he has set out his conviction that effective international action on big global issues comes from nation states co-operating freely.

As he puts it, “individual, like-minded sovereign nations acting together with enlightened self-interest”.

As opposed to this, he rejects the arrogance of a “new variant of globalism that seeks to elevate global institutions above the authority of nation states to direct national policies”. 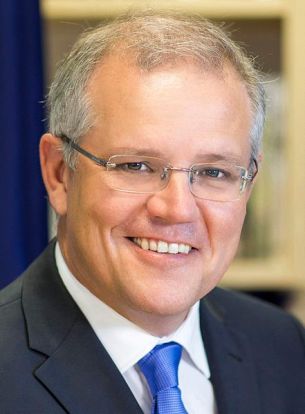 This kind of globalism, Morrison rightly argues, leads to “elite opinion and attitudes” that “become disconnected from the mainstream” in their societies.

This in turn produces an alienating era of “insiders and outsiders”.

This is powerful and novel rhetoric from the Prime Minister.

It would be absurd to equate Morrison with US President Donald Trump, but these ideas have some resonance with Trump’s recent speech to the UN and with the proud but moderate nationalism that Boris Johnson is championing in Britain.

It is worth remembering Trump won the US election and Johnson is more than 10 per cent ahead of the Labour opposition in Britain.