Impeachment Just Another Means For Democrats To Rip The Country Apart, by Frank Bullitt.

Less than one month after voters chose the Republican candidate, Fortune magazine noted a “bitter” “rift in online relationships.” The report was based on a study that found “Democrats were almost three times more likely than Republicans (24% vs. 9%) to have unfriended someone after the election.”

During the 2016 campaign, Democratic nominee Hillary Clinton screeched at a New York City fundraiser that “you could put half of Trump’s supporters into what I call the basket of deplorables.” In the current political madhouse of Democratic candidates, South Bend, Indiana, Mayor Pete Buttigieg is sure there’s “systemic racism all around us. It’s the air we breathe,” while New Jersey Sen. Corey Booker swears racist violence has been “sowed by a president who spews hateful rhetoric and endangers the lives of people of color and immigrants in this country.”

Since the election, Democrats have hardly spoken in public without calling Trump a “racist” and “white supremacist.” They’ve not been as openly scornful of Trump voters, but they are getting bolder, and their feelings have been well summed up by a New York Times bestseller (for a book about race, of course).

“If you support Trump, you are a White Supremacist. Full stop,” Ijeoma Oluo wrote in April in something called The Establishment, using upper-case letters as if they will give her argument more heft. “You are an active, hateful, dangerous White Supremacist.”

Of course there is no evidence that Trump is a racist or white supremacist. 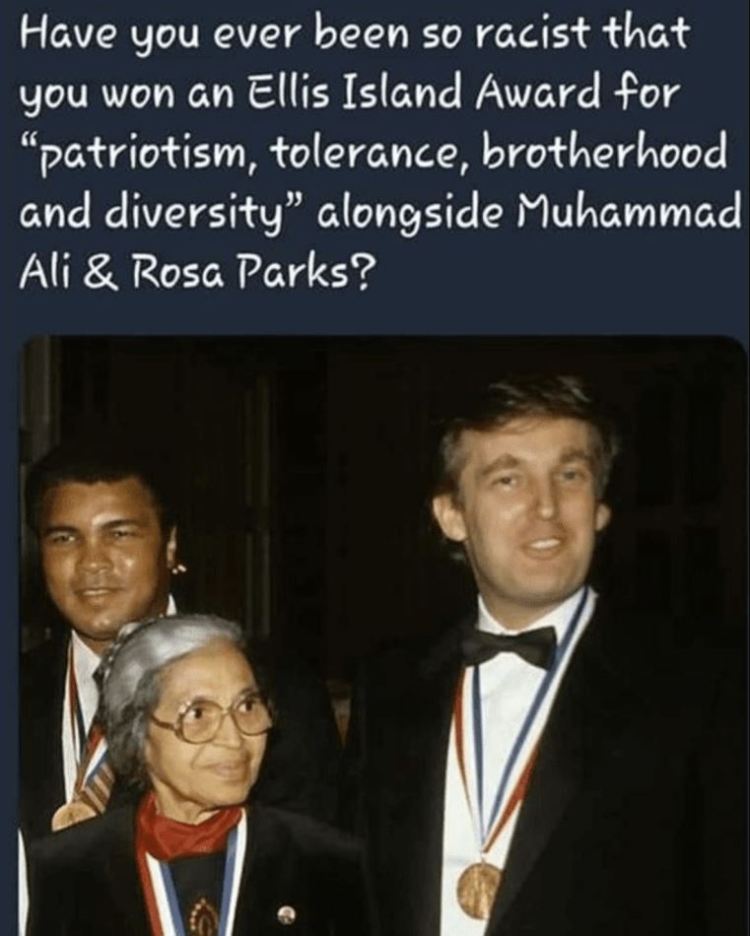 So, finally, we get to the point that exposes today’s big lie:

If America were the racist cesspool the Democrats say it is, why are minorities from all over the world struggling so hard to migrate to the U.S.?

It’s like the point that exposed the big lie about communism, such a central point in western politics 50 years ago:

If communism is so much better than capitalism as the left say it is, why are all the people risking their lives to cross the Berlin Wall trying to escape communist East Germany to come to the capitalist West?

It was lies then, and it’s lies now.

There’s a bigger point here too:

Democrats want an us-and-them country, one in which they alone have the raw political power. It’s a long-term strategy that has most prominently appeared in their gun-control efforts. Their objective isn’t to reduce firearm violence but to separate Americans into two groups: backward hicks bitterly clinging to their guns and urbane sophisticates who have evolved beyond that primitive state and therefore have standing to rule the hicks.

By segragating America into two parts — vile, retrograde deplorables who can’t be trusted, and educated, forward-looking progressives — Democrats are setting up a society in which they wouldn’t govern under constitutional limits but rule by political mandate. All power must be turned over to them to keep the barbarians outside the gates. Just as the Cloward-Piven strategy was to create a financial/institutional/societal crisis so profound that it required radical government intervention, seeding the specter of racism and white supremacy is designed to yield a permanent Democratic regime.