Trump Campaign Selling Out Of Straws, Expects To Raise $500K From Them By Next Week. By Ashe Schow.

“Liberal paper straws don’t work,” a description for the straws read on the Trump campaign merchandise website. The straws are available for $15 for a pack of 10. …

“People feel like they have been lectured to, and told they can’t use plastic straws, you know, the kind that actually work,” he added.

Murtaugh also told the outlet that the campaign intended to sell the straws as “a proxy” for conservatives’ annoyance with Big Government and political correctness. … 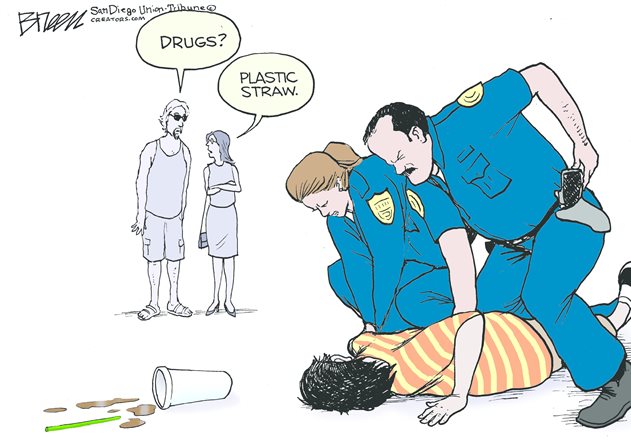 The Daily Wire previously reported that the fear of plastic straws filling our oceans is based on a bogus study conducted by a 9-year-old who called straw manufacturers to ask how many they think are used. The “results” found that Americans use 500 million plastic straws every day. The results were repeated by legitimate sources who didn’t conduct their own research or dig into the “study.”

Now cities across the U.S. — including San Francisco and Washington, D.C. — are banning restaurants from providing plastic straws except to those with disabilities.