On Monday, Project Veritas released a video report featuring testimony from a Google whistleblower, along with leaked documents and undercover footage, that suggests that the most influential search engine in the world is actively promoting an agenda when it comes to news and politically and ideologically charged information. Google, says the insider, is a “highly biased political machine.” 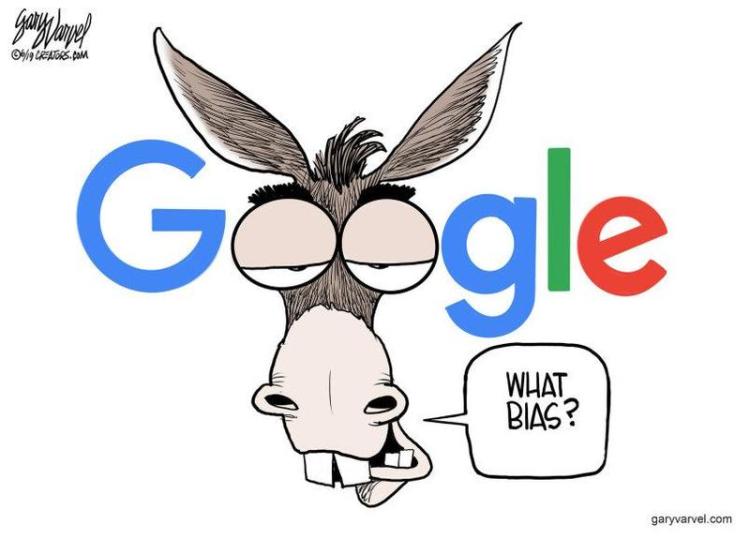 During an interview with a Google insider — whose identity is kept anonymous throughout the video — Project Veritas founder James O’Keefe walks through leaked internal documents appearing to show how the search engine manipulates what information users see based on its “fair and equitable” priorities, which at times filters out or deemphasizes factual information that its creators deem “unfair” (video below).

A leaked “confidential” document on “algorithmic unfairness” provides an example of what the company’s policies and programs are attempting to reduce: “For example, imagine that a Google image query for ‘CEOs’ shows predominately men … Even if it were a factually accurate representation of the world, it would be algorithmic unfairness.” …

O’Keefe demonstrates the “fairness” at work through Google’s automated searches. When he types “men can,” the search engine fills in “have babies” and “get pregnant” and “have periods” among its top possible search results (The Daily Wire found the same results). A search for “women can” brings up “vote” and “do anything” among its top results. The insider explains that this is not because people are actually searching for this; instead, it’s a deliberate result of an ideological agenda. …

Asked by O’Keefe if Google has an agenda and makes editorial decisions, the insider says, “Yes,” pointing to a leaked internal flow chart — specifically one section labeled “G-Tech: Manual, Policies, Editorial Guidelines” — that he says shows that the company is “applying their editorial agenda” in determining what information reaches users.

CNN, WaPo, CNBC, HuffPost, The New York Times, Vox, Vice, Newsweek, Politico, and even The Daily Beast haven’t written a single piece on the devastating evidence presented by a Google whistleblower and undercover footage of a Google executive discussing how to algorithmically manipulate the 2020 presidential election. …

The media still remained silent even after a member of Congress, Rep. Louie Gohmert (R-Texas), addressed the bombshell Google exposé on Twitter.

“Google should not be deciding whether content is important or trivial and they most assuredly should not be meddling in our election process. They need their immunity stripped,” he wrote. …

Imagine if it was revealed that a “right-wing” tech company was trying to meddle in the 2020 election.

MSM: Google meddling good, Russian meddling bad (though until 1990 it too was good, and still is when it comes to environmental warfare against western industry).

Google has been suppressing climate skeptics and my wife’s website since 2010 — we noticed a sudden drop in rankings about then, and found that Google puts moribund alarmist sites ahead of highly trafficked skeptics sites in its search results.