The Federal Reserve is about to create a lot more zombies, by Brett Arends.

Western economists used to say that zero percent [official interest] rates were a weird and unique thing you only saw in Japan — like people eating raw puffer fish and hoping not to die. It would never catch on over here, they said.

But they already have. Today European rates are even lower than those in Japan.

When U.S. rates first collapsed in 2011-2012, we were assured it was a freak one-off event and was never going to happen again. …

But the Bank for International Settlements — the central banks’ central banks — says there is something to worry about, and it’s the reason that economic growth, inflation and interest rates can’t get off the ground: zombies.

No, I’m not making this up.

The BIS says there are way too many zombies around, and they’re killing the economy, and it’s all the fault of low interest rates. 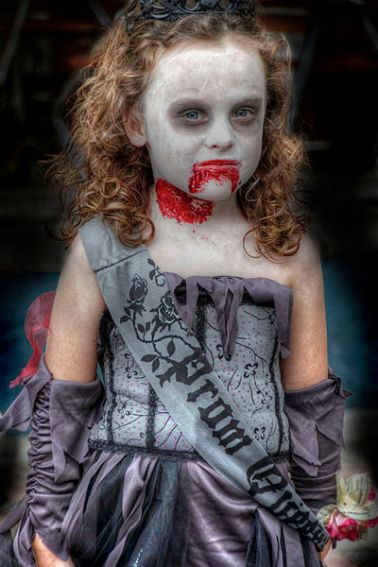 The BIS found that, ever since the 1980s, falling interest rates have made it easier and easier for bad companies with lousy management and terrible products and dismal prospects to stay in business long after they should have gone the way of all flesh.

These “zombie” companies can stay alive — or whatever the correct term is for zombies — if they can just keep borrowing. Bankers call this “extend and pretend” (as in, “extend the term of the loan, and pretend it’s ever going to be repaid.”)

And when money gets cheaper, that’s great for zombies. Lower interest rates are correlated with rising numbers of zombie companies, the BIS found.

And there are a lot of zombies around. The BIS reckons no fewer than 12% of the non-financial companies on major developed stock markets could be “zombie” companies, at least by a loose definition.

When the government interferes with the market by artificially setting interest rates, the economy becomes more inefficient and, perhaps except for the direct beneficiaries of the aid, we all end up poorer.

Didn’t government price controls die with the Soviet Union? No, here in the west bureaucrats have been setting interest rates since WWI.

Since the final part of the switch to government money in 1971, the finance industry makes great profits and the economy stagnates under ever growing piles of debt. And the media is almost totally silent, so no one talks about it.