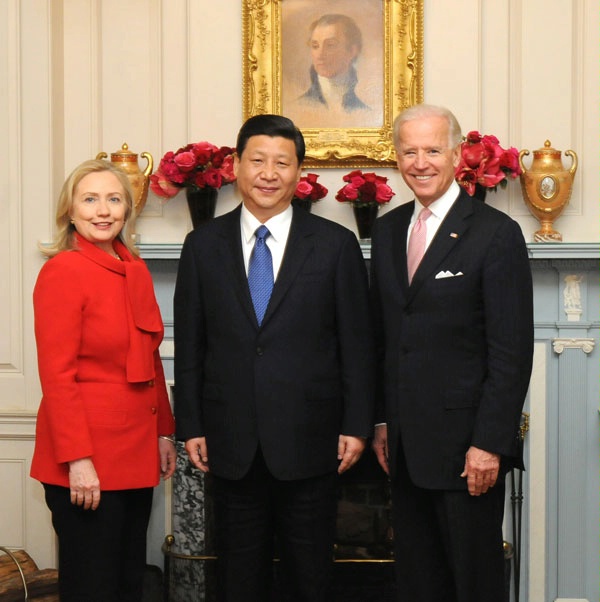 With the far left’s — quite frankly insane policies of most of the US Presidential hopefuls — former V.P. Biden would seem the only candidate with a real chance of upending President Trump.

The 1990s era culture of triangulation and a pro-business Democratic Party that Biden and Clinton thrived in have been replaced by a 2019 edition more focused on ideological purity and identity politics.

Biden bemoaning the good old days when people who disagreed could nonetheless work together is not what his voters want to hear right now. Anger and grievance populism are in, compromise is out.

Reed points out that much of Clinton’s demise as a candidate was her inability to hide clear corruption. Trump came in to “drain the swamp”.

Four years ago, using the levers of government to enrich the family foundation proved to be the scandal Hillary Clinton couldn’t shake. The stench of corruption was too much for voters to stomach,

The scandals revolving around Biden’s strong arming of the President of the Ukraine to fire his chief prosecutor — who apparently had clear evidence that Hunter Biden (Joe Biden’s son) was involved in a pay for play scheme similar to Bill and Hillary using high office for sale — will alone potentially be Biden’s undoing.

Hunter Biden, Joe’s son, was recently kicked out of the US Naval Academy for cocaine use. Even the MSM is catching on. The next scandal —  Hunter Biden hops on AirForce 2, flies to Beijing and returns with a 1.5 BILLION dollar deal from the Chinese government in an area he has NO expertise in whatsoever — is beyond suspect. Joe Biden presumably thinks he’ll survive this was purely based on a compliant media and Left wing press. As they are now turning on him for ideological reasons, his candidacy is in big trouble — right before the first US Democrat Party Presidential debates next week.

Now, Biden faces a similar predicament. You can bet his fellow Democrats are strategizing about the best way to weaponize the attack. Biden will not be able to dismiss the allegations as a figment of the right-wing attack machine. Even progressive watchdog groups –- and fierce critics of President Trump -– told ABC that Hunter Biden’s work represented a “huge appearance of conflict.”

Next week should be fascinating in US politics. Pop up the pop corn and watch the accusations and fur fly.

If Biden falls, only “Pocahontas” Warren would have an outside chance at “The Donald”.

I doubt Trump could win a second term landslide as Ronald Reagan did, but as long as the US economy chugs along and Trump doesn’t go to war with Iran, his chances of re-election are looking better all the time.