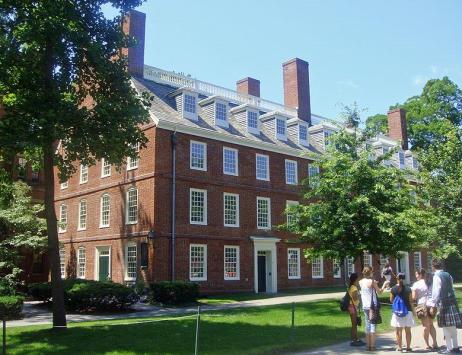 The decline of standards is accelerating at the world’s most influential university:

Defense attorneys often arouse what John Adams called a “clamor of popular suspicions and prejudices” when representing reviled clients. Just last week, the attorney Christopher Darden stopped representing a California man charged with killing the rapper Nipsey Hussle because people were so upset with his choice of client that they demanded to know his fee and threatened the safety of his children.

The vital work of criminal defense has managed to endure in spite of such attacks, thanks to a core of sober-minded citizens in each generation who know better than to pile on. They understand that to defend an accused criminal is not to defend his or her alleged crime — and that conflating the two by imposing social sanctions on attorneys would make criminal trials more like popularity contests.

Educational institutions ought to teach young adults this justice-enhancing logic. Harvard is now teaching its undergraduates how to undermine it.

Its shameful capitulation to popular passions began earlier this year when Ronald Sullivan, … [a] law professor and faculty dean with a long history of freeing marginalized innocents from prison, announced that he would be working as a defense attorney for the disgraced Hollywood producer Harvey Weinstein.

“Many students expressed dismay, saying that his decision to represent a person accused of abusing women disqualified Mr. Sullivan from serving in a role of support and mentorship to students,” The New York Times reported.

Sullivan was verbally abused, and the residence where his family lives was vandalized with graffiti. A survivor of sexual assault whom Sullivan helped in the past spoke out to The Boston Globe in his defense, as did many of his colleagues at Harvard Law when I contacted them for an article I wrote on the matter. …

That’s what happened on Saturday: A Harvard administrator announced that Sullivan and his wife, Stephanie Robinson, would not continue as faculty deans.

The reasons offered were vague and euphemistic. … Sullivan remains a law professor. …

Potecting the norms around the right to counsel is orders of magnitude more important than the “unenlightened or misplaced” discomfort of some Harvard undergraduates — discomfort rooted in difficulty tolerating moral difference, not in having to report sexual assault to Sullivan, as some have erroneously suggested.

The students are ignorant and vicious, the administration spineless and incompetent.

It’s just perfect that his wife is booted, too — in the name of protecting women.

Another scalp to the SJWs, who will now only grow bolder and more demanding.

A lawyer defending clients regardless of their crimes? Innocent until proven guilty? Oh that’s so yesterday comrade, welcome to the new world. Btw, heave you seen the move Idiocracy?