Fifty-seven percent (57%) of Democrats believe that, in his relations with the Russian government, President Trump is guilty of treason. A ScottRasmussen.com national survey found that just 14% of those in Nancy Pelosi’s party disagree while 29% are not sure.

Republicans reject the notion that the president is guilty of treason by an 82% to 7% margin.

That Trump is a Russian agent or colluded with Russia is absurd, and the Mueller Report cleared him. It’s a ridiculous conspiracy theory concocted by Hillary and Obama in the wake of her defeat to pass the blame and to deflect attention from Obama’s spying on Trump.

But this nonsense was vigorously promoted by the PC media. This poll demonstrates the power of complete BS and fantasy if promoted by the media — more than half of lefties believe that nonsense! So it is with their other PC fantasies…

So here is the benchmark for media power. After a mere two years of media fakery and indoctrination, and a month after the most credible possible refutation of what is obviously a very unlikely story, still over half of lefties believe.

Now consider the two decades of indoctrination and fakery on global warming. What are the leftist’s going to believe when it cools? 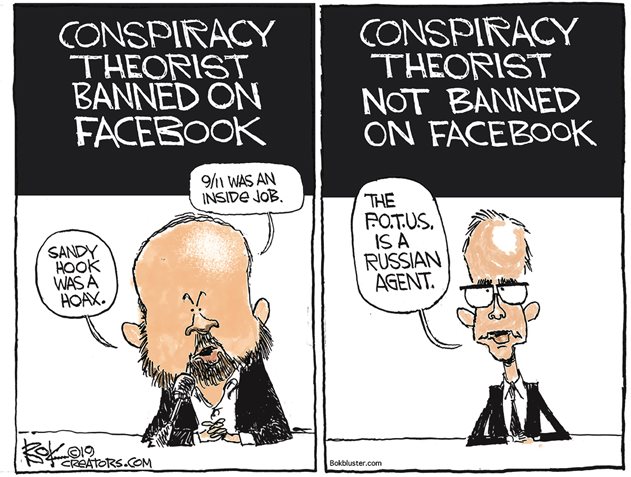