Do They Want More Christchurch Massacres? By Jared Taylor. 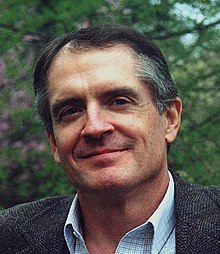 The author was recently banned from Europe. What does he say?

Terrorists kill when they believe every non-violent alternative has been closed off. They reject politics because they think the system is rigged. Being silenced does not mean abandoning deeply held convictions; it means acting outside of politics.

Millions of people in the West who are revolted by Mr. Tarrant’s actions nevertheless sympathize with his stated goal: to ensure the survival of his people. They trust in the democratic process to give them a voice in determining policy, but people can lose faith in democracy when their sincere beliefs are dismissed as “hate,” when their views are censored, and when they are forced out of politics and public discourse.

Did you ever get to vote on immigration levels? On what sort of immigrants are allowed to come and share our country? Was it  ever a major — or even a minor — issue at any election in the last 50 years? In any English-speaking country?

No, those decisions were quietly made without our permission and without discussing them with us.

Ideas shared by many people do not disappear just because they are driven underground. They reappear in unexpected and sickening ways.

It is a dangerous mistake is to ignore, caricature, or literally hide Mr. Tarrant’s motives. When someone who commits a high-profile massacre takes the trouble to write a detailed explanation of his motives, shouldn’t we have the option of reading it? …

The left and PC media shuts down all discussion of immigration. Including banning the murderer’s manifesto, and censuring Fraser Anning.

Mr. Tarrant believes that whites have the right to remain a majority in their countries, a right they share with all other peoples.

Media and government elites in the West disagree. As the Washington Post editorial board wrote after the Christchurch massacre, “ ‘replacement’ ideology is an unacceptable trope in civilized discourse.” It may be unacceptable for the Post, but for increasing numbers of whites, it is the vital question of our age.

They want to know why our elites grant to Japanese or Turks or New Guineans the right to remain majorities in their own lands, but deny it to Frenchmen or New Zealanders. Calling Mr. Tarrant a “bigot consumed by Islamophobia” is not an answer to that question. …

It is not “hate,” and it is not immoral to want your people to survive. Every day’s news opens the eyes of yet more whites to the long-term crisis of survival they face. They will not quietly resign themselves to oblivion.

What would have prevented Mr. Tarrant’s murderous rampage? Not more repression, censorship, and demonization.

Let us instead imagine a different political environment. Let us imagine one in which there is open discussion about the demographic future. One in which it is not considered “hate” to ask: How many people should our country have? Do we need any immigrants? Do people of certain religions or races assimilate better than others? Why do people of different races consistently build different societies? Is diversity a strength or a weakness? Is it wrong for whites to prefer to live, marry, and work with other whites? Must whites become a minority?

What actually is happening:

I have been asking these questions, politely but pointedly, for nearly 30 years. I believe that the long-term solution to racial and ethnic conflict is not to force more “diversity” on people who never asked for it but to let them, if they wish, build separate communities. This can be achieved through the democratic process.

For this, I am called a “hater.” Twitter closed my account, Amazon banned my books, my organization lost its Facebook account, hotels will not rent meeting rooms to me, printers refuse my business, and payment processors have cut me off. Many other groups are harassed and silenced in exactly the same way.

Any society that crushes opposing viewpoints is treating dissent as a crime. The entire West is rushing towards tyranny, and as we saw in Christchurch, tyranny has consequences. When even the most moderate views are outlawed, extremism — and worse — will flourish.

Look forward to ever more censorship and your demographic replacement.

There are choices in-between being a racist who hates people for the color of their skin and giving away your country to different ethnic groups. It’s not a binary choice. You don’t have to be a “racist” to like your own culture, be proud of it, and want to live in a country with people who share your culture and are even mostly of the same ethnic group as yourself. Really, people have been doing this for thousands of years — or at least, the ones whose groups survived…

Doesn’t your current attitude make everyone whoever lived except the current generation of woke lefty whites irredeemably “racist”? Or are you just being generous with other people’s lives in order to appear virtuous?

Why not start by applying your immigration policies to your own family home first, just to give it a trail run?

I really don’t see why we should wreck our culture and give away all white countries just because you have a mental shortcoming — or have been fooled into believing — that the only alternative to being a “racist” is to bow down to outsiders, give them our countries, and let them take over. Whatever will your great grandchildren think of your choice?