Submitting to mounting pressure amid growing disruption, President Donald Trump agreed to a deal Friday to reopen the government for three weeks, backing down from his demand that Congress give him money for his border wall before federal agencies get back to work.

Standing alone in the Rose Garden, Trump said he would sign legislation funding shuttered agencies until Feb. 15 and try again to persuade lawmakers to finance his long-sought wall. The deal he reached with congressional leaders contains no new money for the wall but ends the longest shutdown in U.S. history.

First the Senate, then the House swiftly and unanimously approved the deal, sending the legislation to Trump for his signature. … 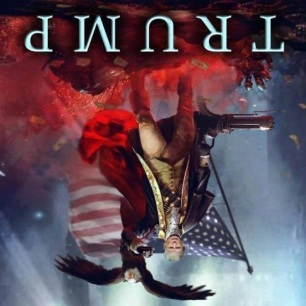 “This was in no way a concession,” Trump said in a tweet late Friday, fending off critics who wanted him to keep fighting. “It was taking care of millions of people who were getting badly hurt by the Shutdown with the understanding that in 21 days, if no deal is done, it’s off to the races!”

The shutdown was ending as Democratic leaders had insisted it must — reopen the government first, then talk border security.

“The president thought he could crack Democrats, and he didn’t, and I hope it’s a lesson for him,” said the Senate Democratic leader, Chuck Schumer. House Speaker Nancy Pelosi said of her members: “Our unity is our power. And that is what maybe the president underestimated.”

US Government spending during the so-called shutdown only reduced by 7%.

Sad that Trump, like all Republicans before him, buckled to the left. This makes it that much harder for the next guy to try.

Maybe he just didn’t get enough visible support from “the people”. But the media define visibility, so there’s the problem.

The US Constitution requires a 60% vote in the Senate to pass a budget bill, so bi-partisan agreement is required. By hanging tougher, for decades the left has exploited this to continually expand government and get their way.

Sounds like it’s over. Democrats win, open borders are here to stay, and the US becomes an unexceptional and tribal nation with a white minority, that gradually ditches western civilization. Heading down the same path as Europe. Long term, what does that mean for peripheral western countries like Australia that rely on their US alliance?