A quarter of all Holocaust victims were killed in just THREE MONTHS — and the rate of murder by the Nazis only slowed down when they ‘ran out of Jews to kill’, by Chris Pleasance.

A quarter of all Holocaust victims were killed in a three-month mass murder operation that was the most intense period of human slaughter in the 20th century, new research suggests.

Professor Lewi Stone, a mathematical biologist at Tel Aviv University in Israel, made the claim after analysing train records linked to the Nazi’s Operation Reinhard. …

Using estimates of the number of victims on each transport, Mr Stone calculated that at least 15,000 people were being killed every day over a three-month period in August, September and October 1942. 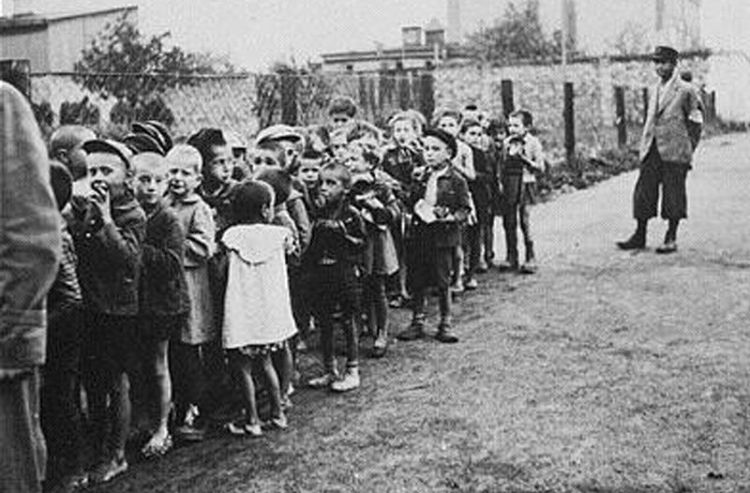 Ghetto Litzmannstadt: Children rounded up for deportation to the Chelmno death camp

In total, he believes 1.47 million people were murdered in the gas chambers during this time period, making up 78 per cent of the total 1.7million who were gassed.

The Rwanda genocide, in which up to 1,000,000 people were slaughtered in just 100 days, is commonly credited as having the fastest murder rate at 8,000 per day.

According to Professor Stone, the murder rate only slowed down when the Nazis ran out of Jews to kill.

He said: ‘This study identifies an extreme phase of hyper-intense killing when over 1.47 million Jews — more than 25 per cent of the Jews killed in all six years of World War Two — were murdered by the Nazis in three month surge. 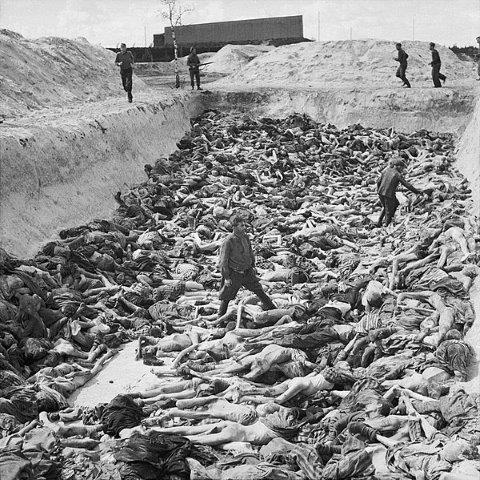 Mass grave found by the Allies in 1945

A reminder of how close our lives have been to evil. No doubt modern methods are even more “efficient” at mass murder.