The Canadian government’s recent announcement that it will be providing more than CDN $600 million (USD $455 million) over the next five years to bail out the country’s financially strapped media outlets — as part of the fall fiscal update about the federal budget ahead of the 2019 federal election — is not as innocent as it may seem. … 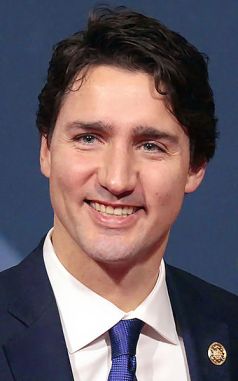 “I just bought the free press”

Unifor, a national union that represents Canadian journalists, was even more jubilant. It felt vindicated that its slogan of “Resistance” — which it touts as Conservative Party opposition leader Andrew Scheer’s “worst nightmare” — had so swiftly resulted in opening the government’s wallet, and handing out taxpayers’ money, to an industry that should actually be fighting to remain steadfastly independent of any form of government backing.

The recipients of Trudeau’s “gift” will argue that their editorial independence could not possibly be hindered — heaven forfend! — in such a liberal democracy as Canada. Their irreproachable backs will go up at the mere suggestion that their journalistic integrity might be compromised by entering into a financial deal with the powers-that-be.

No matter how much ink they spill or bytes they waste defending their virtue, however, they will not be able to fool the public about the nature of this Faustian bargain, which is tantamount to being bought by Trudeau’s Liberal Party in exchange for favorable press ahead of the next federal election.

Canadians ought to recoil from this “slippery slope” to some version of a state-controlled society that this deal has created. …

In accepting the money, the Canadian media as a whole becomes no different from the national public broadcaster CBC, all of whose news and opinion are slanted to the center-left, espousing the Liberal Party’s political, economic and cultural positions – with an occasional token and highly controlled conservative view in the mix for the purpose of maintaining the façade of free speech.

Corrupt: we pay you, you help us. Mates in a swamp.

via Tip of the Spear