It was hailed as the start of Saudi Arabia’s revamping of its oil-based economy, but a week before its opening the second edition of the kingdom’s prestigious economic Future Investment Initiative (FII) conference has turned into a PR disaster for the country.

More than 10 of the largest and most prominent attendees have said they will no longer go to the summit following the disappearance and alleged murder of Saudi dissident Jamal Khashoggi.

Nicknamed “Davos in the Desert” after the world economic forum in the Swiss city of Davos, the elite get-together is a brainchild of Saudi Crown Prince Mohammed bin Salman and aims to forward the de facto ruler’s plans to diversify Saudi’s economy by 2030.

However, with the disappearance and alleged murder of Khashoggi, a host of companies — ranging from tech companies Google and Uber, to banking giants JP Morgan Chase, Credit Suisse and HSBC, to media organisations such as CNN, The New York Times and Financial Times — have said they will not attend the FII this year. …

US Secretary of the Treasury Steve Mnuchin has said he will attend but will be monitoring the situation. All eyes will be on Mnuchin for any indication of the Trump administration’s next move.

“If Secretary Mnuchin withdraws from this conference, it would signify that the US president is taking the disappearance and possible murder of this journalist seriously, and imposition of sanctions may follow,” said Mitchell.

Who wants to do business with barbarians? It matters not if it was the Crown Prince, or someone trying to embarrass him, who ordered that Khashoggi be dismembered while still alive. The whole case reminds the world that Saudi Arabia is the home to, and in the grip of, an immutable seventh century totalitarian ideology. Not good for business, even if they are temporarily stinking rich. 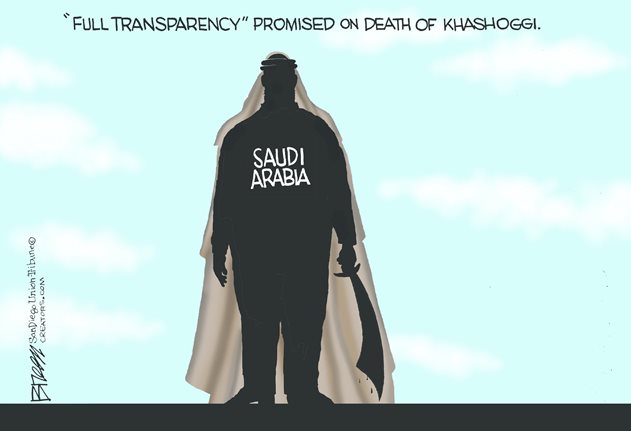 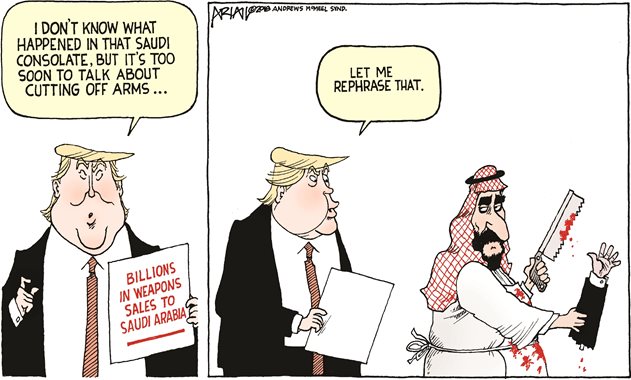